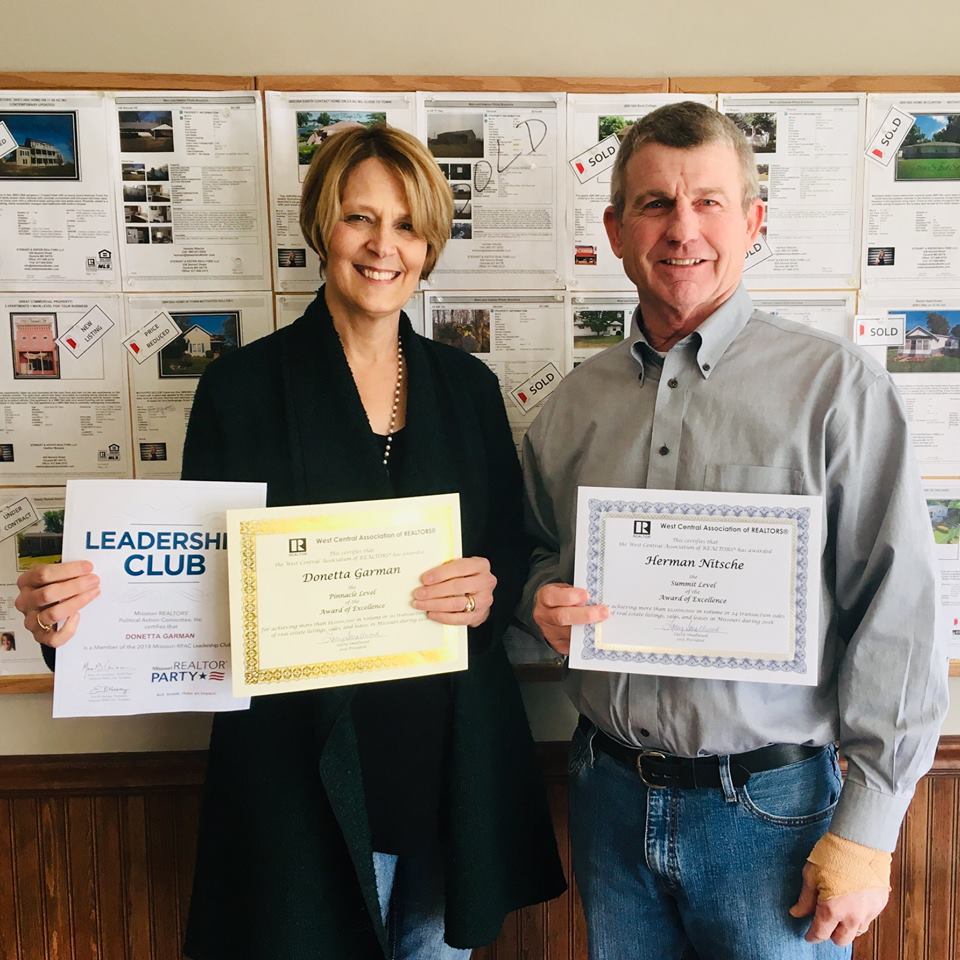 Herman Nitsche has been with Stewart & Kiefer, REALTORS® LLC since 2012, and is a broker-salesperson and is now part of the real estate team Team Nitsche-Garman, along with Donetta Garman. Herman has received the Summit award for 2 years. Which means he has either sold $2,000,000 in volume sales or 24 transaction sides.

Herman was born and raised on the family farm in St. Clair County. He graduated from Osceola High School and then graduated college at SMS in 1979 with an Agricultural Business Degree.

He enjoys being around his children and wife, Anne, of 38 years and their grandkids. In his spare time, he enjoys hunting and working on his farm in Appleton City, golfing and supporting the K.C. Royals.

He especially likes being in Arizona for a week during March for the Royals spring training season.

Herman wants to be remembered as someone that would be eager to help people if they needed it. If he could travel anywhere in the world, he would choose Australia or the Holy Land.

What makes Herman happy? In Real Estate, it would be about getting the deal done and both sides satisfied. Being competitive and the fear of failure motivate him to succeed.

Herman has an excellent knowledge of the area. Whether you are wanting to buy or sell, Herman’s goal and commitment is to help you achieve that by working with you, the client, in a business and professional like manner. Visit Our Team Website.

All Stewart & Kiefer, REALTORS® LLC agents are licensed in the State of Missouri.

Thank you for contacting us, we'll get back to you shortly.

Sorry, we are unable to send your message at the moment. Please try again later.